Looking for UK banks for crypto trading, or wondering whether your bank will close your account? Read on…

Looking for an easier, bank-friendly option?
Buy and sell crypto with BC Bitcoin, a Hertfordshire-based company, and you don’t need to worry about your bank blocking crypto exchange transactions.
Buy/sell all major cryptos, including BTC, ETH, XRP, and many more. Credit/debit card and bank transfer accepted.
Buy Crypto safely today

Binance Update (August 19, 2021): Ever since FCA issued a statement against Binance, multiple UK banks have stopped processing payments to and from Binance. However, you can still trade on Binance. But you’d have to acquire your initial Bitcoin on other exchanges like BC Bitcoin which can be transferred to Binance and be traded.

Some banks are happy to accept funds derived from crypto-related activity, however it’s important to remember that this can vary based on the type of activity you have engaged in. The majority of people we hear from that have experienced problems have often fallen into one of the following categories:

If you’re a retail trader and not doing any of these things, you will generally not face any issues.

While you should be okay using your high street bank (aside from the use cases above), we recommend avoiding high street banks altogether and using an app-based ‘challenger’ bank, such as Xace or NURI. Both companies are modern crypto-friendly internet-first banks. Apart from that, they also support popular cryptocurrencies within their app.

NURI is not new to the crypto scene. Originally known as BitWala, was launched as a blockchain payment company back in 2015. They were also one of the earliest companies to offer a crypto debit card for customers to directly spend their cryptocurrencies. Now, BitWala has rebranded to NURI and become a full-blown bank along with inbuilt crypto services. 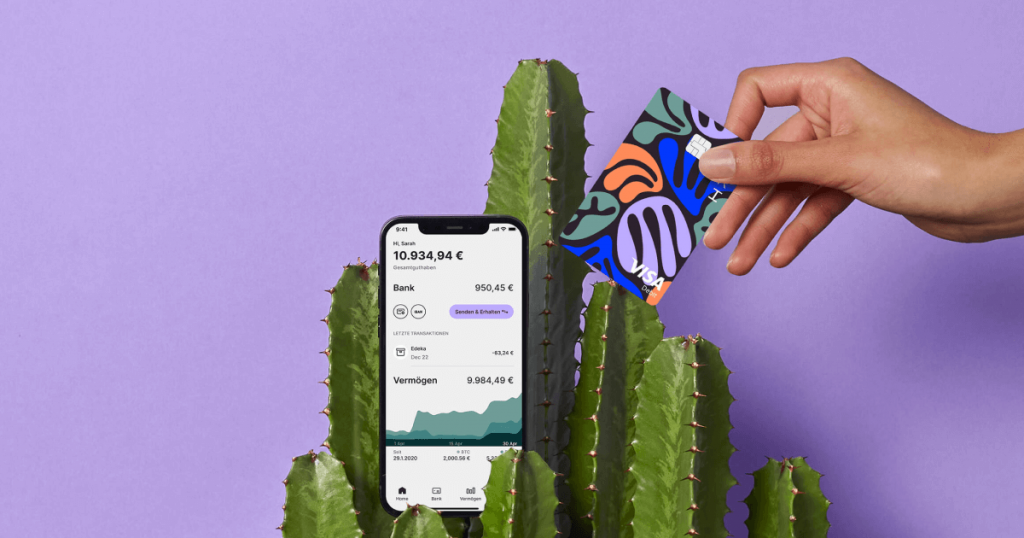 With over £1.3 trillion in assets, Barclays is one of the oldest and largest banks in the UK. They were crypto-friendly in the early days of crypto and were also the official banking partner for Coinbase. However, Barclays ended their banking partnership with Coinbase in August 2019. Brits are still able to purchase cryptocurrencies with their debit and credit cards in most cases. In terms of exchanges, we have heard of Barclays refusing deposits/withdrawals to and from some exchanges, and in a number of cases closing and/or freezing accounts.

Update (28 July, 2021): Barclays has placed a ban on all transactions to Binance.

When Barclays and Coinbase ended their banking relationship, ClearBank stepped in to bank the crypto exchange. Debit and credit card purchases are generally allowed, and we haven’t heard any issues with transactions to or from exchanges. However, Clearbank is not a traditional bank for retail customers. It is a clearing bank for financial institutions. If you’re a financial institution authorised by the Financial Conduct Authority (FCA) and/or by the Prudential Regulation Authority (PRA) and want to trade cryptocurrencies, Clearbank should work.

Capital One mostly offers Credit Cards in the UK, and they are quite explicit in its opposition to customers using their bank accounts and cards for crypto-related activity.

HSBC is another large bank that is quite vocal about its distrust of cryptocurrencies. As cryptocurrencies enjoyed a rally in January 2021, HSBC explicitly banned all crypto-related transactions. Surprisingly, HSBC also blocks incoming transfers from cryptocurrency exchanges.

Lloyds bank is one of the traditional big-four clearing banks in the UK. Across the Lloyds Bank network (including Bank of Scotland, Halifax, MBNA), credit card transactions are banned. We have also received a number of messages detailing situations where the bank has blocked deposits to, and withdrawals from, cryptocurrency exchanges. Lloyds bank has also gone to the extent of locking accounts and interrogating their existing customers for buying cryptocurrencies. 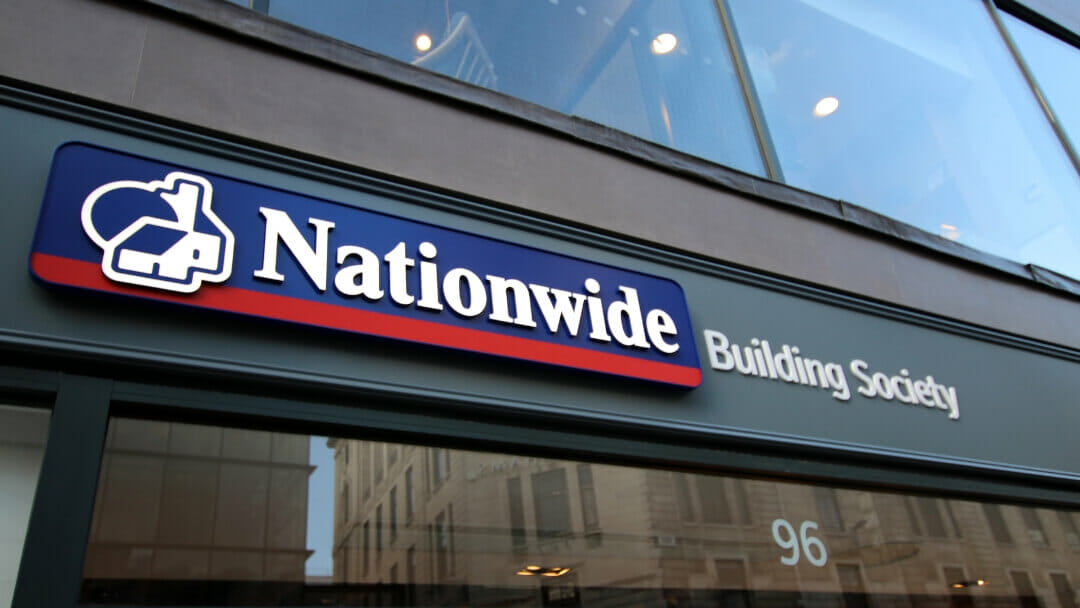 Nationwide has not taken any stance against cryptocurrency. While they generally allow cryptocurrency purchases, they don’t allow it on credit cards. In early 2018, Coinbase announced that they would no longer accept deposits from Nationwide bank accounts. Coinbase is still unable to accept deposits from Nationwide accounts. Beyond this, we have not received a significant number of reports of Nationwide blocking crypto-related transactions.

Owned by the UK Government, the Royal Bank of Scotland has mostly been positive about cryptocurrencies. We have not seen customers encountering issues with any of the exchanges. The bank also allows purchases using credit cards and debit cards.

Owned by the Royal Bank of Scotland, Natwest has a similar stance to its parent company. Customers have faced no issues while buying and selling cryptocurrencies.

Update (July 26, 2021): After limiting transactions to several exchanges, the bank has placed a complete ban on Binance. Customers will no longer be able to send any amounts to Binance.

Update (October 9, 2021): After initially restricting Binance, the bank may have extended it to other exchanges. Several readers have reported that they were not able to use their cards to buy Bitcoin on other exchanges also. However, there is no official statement from the bank.

Santander claims to be a blockchain-friendly bank and has even worked with Ripple payment systems in the past. However, many customers have faced issues while transferring funds to coinbase and other exchanges. Debit and credit card purchases are generally allowed by Santander.

Update (28 July, 2021): Santander has placed a ban on all transactions to Binance.

TSB used to be a crypto-friendly bank with no stance on digital currencies. However, it all changed in June 2021. The bank completely banned all cryptocurrency transactions citing “excessively high” fraud rates. The bank even cited cryptocurrency exchange Binance for the ban.

Virgin Money banned credit card purchases of cryptocurrencies back in 2018. However, debit cards and transfers should be fine.

Debit and credit card purchases are generally allowed by the Co-Operative bank, as well as transactions to and from crypto services.

As mentioned above, a number of app-based ‘challenger’ banks have appeared on the UK banking scene, and they have been a big hit as internet-first banks. They not only have a more relaxed take on cryptocurrencies, but some also offer cryptocurrency trading natively.

As we mentioned above, BitWala has now rebranded to NURI and offers complete banking services. NURI opens a German Bank account, which comes with a deposit guarantee of €100,000. NURI offers access to both banking and crypto within its app, with incredibly low fees. NURI charges nothing for most services, and even gives out 5% returns on Bitcoin. Users can convert their GBP to cryptocurrencies within the app. You can convert it back to fiat, and spend it anywhere with the free debit card that comes along with the account. NURI is by far the best service for crypto users in UK.

Update: As of April 2021, Wirex does not accept new customers from UK. It has also imposed various restrictions on existing UK customers. These are temporary measures in line with guidance from the Financial Conduct Authority (FCA). There is no ETA yet on when services would return to normal.

Wirex is arguably the most crypto-friendly bank, and even provides 2% cashback in bitcoin (‘CryptoBack’) on qualifying transactions.Wirex has no problems with letting its customers trade cryptocurrency. Wirex goes one step further by letting people buy and sell cryptocurrencies right within its banking app.

Revolut is a relatively crypto-friendly banking service. You are also able to conduct free EUR-GBP conversions and transfers within their app, providing an added benefit where some cryptocurrency exchanges may only support deposits and/or withdrawals in Euros. While Revolut offers users the option to buy and sell cryptocurrency, it should be noted that you never own the underlying asset, and as such you are not able to deposit or withdraw cryptocurrencies to or from your Revolut account.

Monzo does not have an explicit policy disallowing transactions to/from exchanges, or purchases using a Monzo card. However, we have received some reports of accounts being closed where peer-to-peer crypto marketplaces are used, such as LocalBitcoins.
There are also instances where Monzo has blocked payments to fully-regulated cryptocurrency exchange. According to a Twitter user, the bank just said they “had to” block the payment without expanding on why. Since Monzo is not clear on what’s allowed and what isn’t allowed, we would not recommend it.

While Starling has claimed they have no policy preventing crypto transactions, we have received reports that Starling blocks transactions to cryptocurrency-related services, such as Coinbase.

Xace is a new challenger bank that is eager to work with new technologies including cryptocurrency exchanges. It was initially launched to serve business banking for gaming companies. It later expanded to crypto companies, and even started offering personal accounts.

Xace supports both GBP and EUR, along with IBAN and UK accounts. It comes with a virtual debit card, and supports multiple payment methods including SEPA, CHAPS, and BACS.

Skrill is an online wallet provider and not a bank. Users can deposit their money which can then be spent on sites that support it. Skrill supports over 100 different forms of payment to top-up the wallets. It includes all kinds of credit cards, debit cards, and bank accounts.

Skrill itself supports 40 different cryptocurrencies. It offers a simple interface making it easy for beginners to get started with crypto. If you’re looking for more advanced features, you can move the money from your Skrill wallet to an exchange. While Coinbase does not support Skrill, there are other exchanges such as BitPanda, LocalBitcoins, and Paybis.

There is also a roundabout way if you’re looking to trade in more exchanges. You can just buy Bitcoin on Skrill’s native exchange, which can then be transferred to fund any cryptocurrency exchange.

Which is the UK bank for Crypto?

We believe that Wirex is the best bank in the UK for every crypto enthusiast. The bank natively supports cryptocurrency conversions, allows transfers to exchanges, and even gives 2% cashback as bitcoin for its Visa Card.

Another alternative to look out for is Revolut, a challenger bank that supports native conversions. If you want to stick with high street banks, we would recommend Natwest, Royal Bank of Scotland, TSB, and the Co-operative bank. However, they do not come with the convenience of challenger banks.

For people looking to sell cryptocurrencies using services like LocalBitcoins: be aware that even if your bank claims to allow you to buy and sell cryptocurrencies, multiple selling transactions on such sites may flag up your account as being used for business purposes. This has been the case even with Fidor, one of the more crypto-friendly UK banks (Note: Fidor has now announced that they are ending their UK operations).

If you are trading in large quantities, it might be a good idea to register your trading activity as a business and set up a business account. Check out our article on best bank accounts for crypto businesses.

Note: Due to the emerging nature of the cryptocurrency space, banks’ positions toward digital currencies are prone to change.