Cloud mining is a popular way to make passive income without having to pay heavy upfront costs for a mining setup or understanding the technical know-how. However, the cloud mining industry receives a lot of doubt because of the number of exit scams and hacks in the past. Therefore, it is important to do a lot of research before investing your money. Read on to know about some of the best cloud mining platforms for people in the UK. 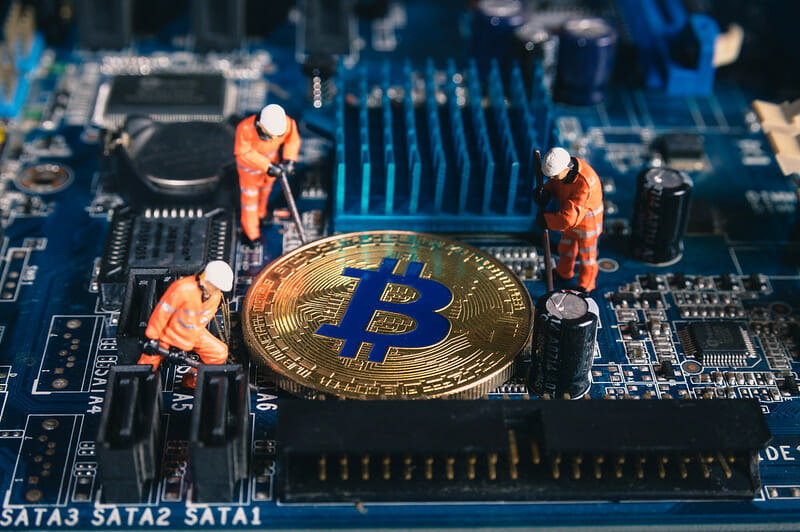 If you’re looking for cloud mining services that operate within the UK, you have two options: Shamining, IQ Mining.

Shamining is a popular cloud mining service that has been operating inside the UK since 2018. The company has been offering its service to individuals since 2019. Shamining requires a minimum deposit of $250, which would have an approximate daily return of $534 a year. However, these payouts constantly change depending on the mining difficulty, Shamining makes a daily payout depending on the amount of Bitcoin mined on that day. Shamining supports both GPU miners and ASICs, but can only be used to mine for Bitcoin.

IQ Mining is another service that has been offering cloud mining from the UK. However, its data centers are based out of Canada, Russia, Iceland, Georgia, Algeria, and China. The way IQ Mining markets its services are slightly complicated. You need to choose your mining algorithm, the speed required, and a minimum of a 1-year contract. However, the fee changes depending on the period of the contract and the mining speed. The minimum you’ll have to pay is $50 for 623 GH/S power for a year. It would come with an estimated payout of $54 – $74 by the end of the contract, which would be paid out daily.

Genesis Mining is one of the oldest and most popular cloud mining services. Based out of Hong Kong, Genesis Mining supports a variety of different cryptocurrencies such as Bitcoin, DASH, Ethereum, Litecoin, Monero, and Zcash. However, the biggest disadvantage of Genesis Mining is that it is very limited and not always available. The contracts open up from time to time and get sold out very fast. At the time of writing this article, Genesis only has provided pricing for Ethereum mining, which by the way is sold out. It starts at $525 for the basic plan of 17.50 MH/s and runs for 12 months.

ECOS is another popular cloud mining service and is based out of Armenia. According to ECOS, they have legal status to operate their mining operations in Armenia’s free zone tax-free. ECOS also has a slightly complex system of plans. With the standard plan, it starts at $150 for 1.36 TH/s for a duration of 12 months. With the pro plan, you can add a service fee that’s paid to ECOS. Depending on the fee you pay, they provide you with more hash power. Once again, ECOS only mines Bitcoin. But, you can choose to get paid in various different cryptocurrencies.

As previously mentioned, the most common risk with cloud mining is the hacks and exit scams. However, there is another problem that’s often overlooked: Mining Difficulty. When you pay for a cloud mining service, it is usually to buy a fixed amount of computing power for a minimum of one year. However, the difficulty of Bitcoin mining is contently changing, and in most cases only increasing. So if the difficulty increases too fast, you might not recover the money you invested in buying the computing. So it is something you’ll have to keep in mind before investing in cloud mining.

Cloud Mining is often expensive because of having to pay for hardware upfront to mine for coins running on proof-of-work consensus. Another alternative is to mine coins that use proof-of-stake. You’d have to stake your coins to receive returns. Often, you can remove the staked coins at any time and sell them to make your initial investment back. You can check out our complete guide to staking to know more.